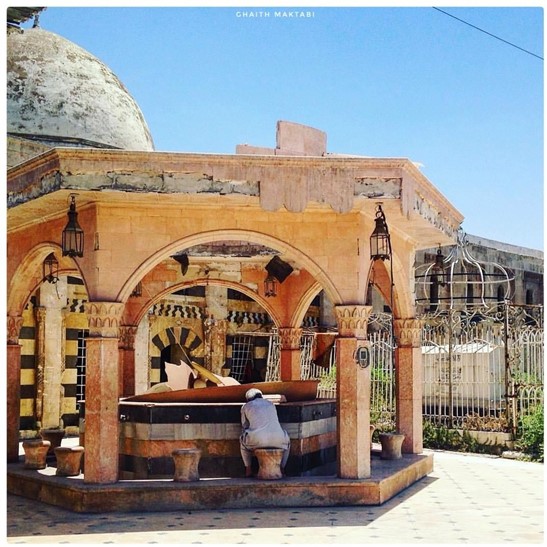 Heritage: Beyond Walls is an online capacity-building program launched in February 2021 by Fondazione Santagata for the Economics of Culture (established in Turin in 2018), aiming at establishing an information channel for Syrian university students in cultural heritage related disciplines. The main goal of the program is to contribute in improving access to knowledge resources, breaking isolation, encouraging sharing and discussion, and empowering awareness and capacities towards cultural heritage as a resource for recovery, peace building and development.
The first edition of the program has been addressed to people coming from Syria, a country affected by emergencies, and where there is an high risk of loss of cultural heritage, where people and students in particular, face restricted possibilities in accessing knowledge and education resources on specific topics related to cultural heritage.

«The past remains integral to us all, individually and collectively. We must concede the ancients their place, but their past is not simply back there, in a separate and foreign country. It is assimilated in ourselves and resurrected in an ever-changing present». Archaeological findings are pieces of evidence of the past, usually found in archaeological sites where they could be preserved well in a tourist attraction or a museum. However, recently in the MENA (Middle East and North Africa) region where instability has been a long-existing characteristic expressed in both armed and political disputes in several countries, especially in Syria, those fragments were found in the living cities that have a medieval core or ancient core. The archaeological finds or remains were left or integrated into different ways into the historic urban landscape of the ancient cities, left to deteriorate or neglected and sometimes lost without proper documentation. Those elements are important not only because of their shape and inscriptions but as evidence of the historical importance of the cities and community identity and have the potential to play a key role in heritage making in a changing spatially complex multicultural city. Therefore, this paper seeks to increase the sustainability of urban planning and design interventions in the historic context of heritage cities with complex layers of histories, by documenting and the historic urban landscape as a tale or story of spatial memory and identity, creating mental images of memory of historical urban landscape elements and archeological finds that could enhance the understanding of the multicultural cities history, social inclusion, and play a significant role in the sustainable economic growth.

This paper is a proposal to take advantage of the neglected traditional Damascene baths (known as Hammams) as a cultural capital for sustainable development in Damascus, by restoring and preserving its basic function in an environmentally friendly methods, and spreading awareness about these crafts by practicing it within ateliers in front of visitors transforming them into centers for tangible and intangible cultural heritage associated with the traditional Hammams, in a way that provides a source of livelihood for the marginalized human capital that inhabits these baths and its surroundings because of war, by rehabilitating and teaching them the traditional handicrafts used for the Damascene Hammams, also in the vicinity of the Hammams, and localize these handicrafts within dedicated business incubators to provide the appropriate job market for it.

The city of Aleppo is distinguished by its richness and cultural and religious diversity, which gives it a special spirituality that distinguishes it from other countries of the East.
When talking about religious spirituality stemming from rituals and the details of following the paths, and what they behave in their daily lives, the Mevlevi Takkaya (Islamic hospices) directly come to mind.
One of the most important symbols of the Islamic world is located in Aleppo, which was once the main center of the world’s Takkaya (hospices) and it was damaged during the war.
The main goals and objectives of this project is to revive the Mevlevi Takkaya complex at all levels that pertain to it, restoring its status and importance to the lovers of the Syrian and Mawlawi heritage. Especially since this complex is currently limited its activities from being a mosque only, while it used to occupy several functions and rituals in the past.